She didn’t remember. I was referring to my 2011 book Left Jackal, about a boy who gets a baby sister and wants a dog instead. It begins: “Mom, can I get a wolf?” 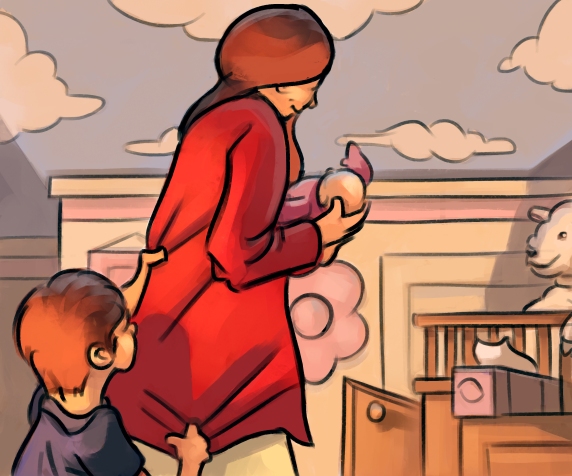 “Of course not. It would eat the baby.” 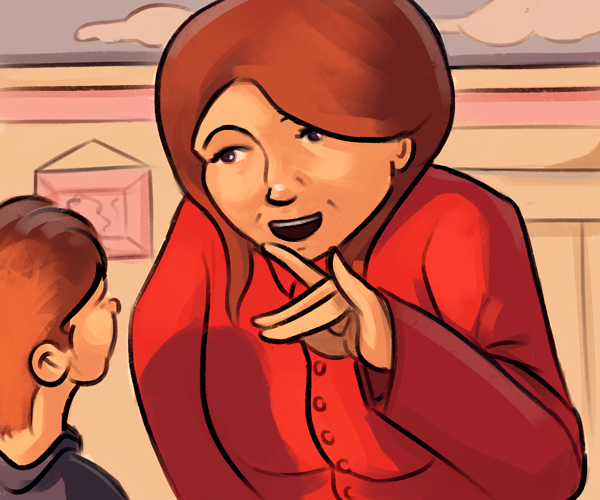 I say, “One ear is longer than the other.”

A jackal is cleaner than a pig, and won’t spit like a camel.

It’s too small to eat a baby. It just chews on the crib. 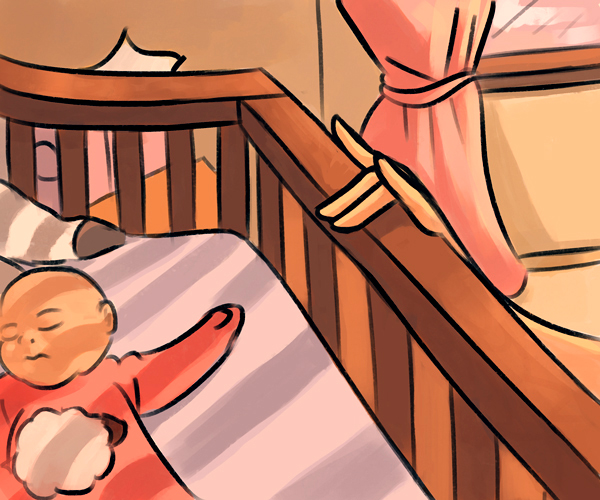 If you train a jackal, it walks on your left side.

I wrote Left Jackal during the first year and a half of CJ’s life, and first read it to her when she was about three. At the time I thought there was something not quite right about it. She liked it well enough, and she could tell it was special to me, but the storytelling was a little complex and indirect, and she didn’t connect to it the way she did to a simpler stories like (my favorite) Little Gorilla.

Well, I’ve had to revise my opinion, because at six she loves it. At six, she’s just like the little boy in the story, asking for exotic pets, directing little dramas with her stuffed animals. The whole time I read it to her she listened with a little smile,  laughing at just the right places. (Her favorite was when the jackal is howling out the boy’s window, and his father throws the door open like someone in a movie western and asks, “What’s going on?”) When I was done reading she asked me to read it again, and when that was done she had most of it memorized and tried reading it back to me.

I haven’t promoted this book in a long time, but here, read it on Kindle. Your kids will enjoy it if they’re six, or five, or seven. And you’ll enjoy it if, like me, you’re six at heart.

An odd thing happened on my birthday, when CJ bought me this little soap dish. 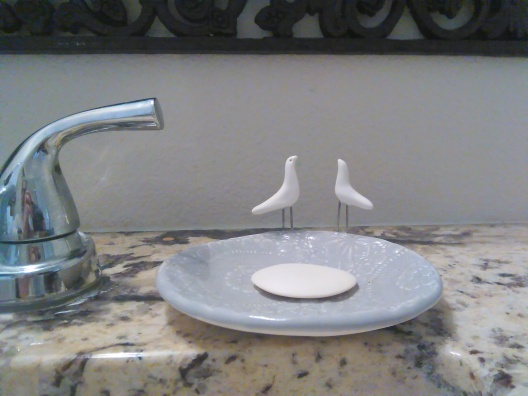 I was dismayed. “Where did you get the idea that jackals are birds?” How could my book make this clearer? The jackals in my book chase sticks, they heel, they play tug of war. When the mother introduces the first jackal, she says, “It’s like a dog.”

CJ led me to the front window and pointed at the black and brown birds hopping around in front of our oak tree. “I meant those jackals!” she said. 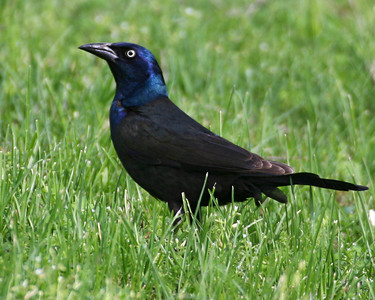 I laughed. “Honey, those are grackles.”